Love for the planet and fascination with different cultures have led us to travel. We have been to over 80 countries, and with every new city we visit, greater is our drive to continue exploring. These trips and discoveries have generated images, words and emotions.

And that is how Maria TV came to life, a production company that has spent the last 15 years telling stories about people, the planet, its diversity and its beauty. This is our specialty: transforming stories into unforgettable moments for viewers. That is our work and our passion.

That is our work and our passion. 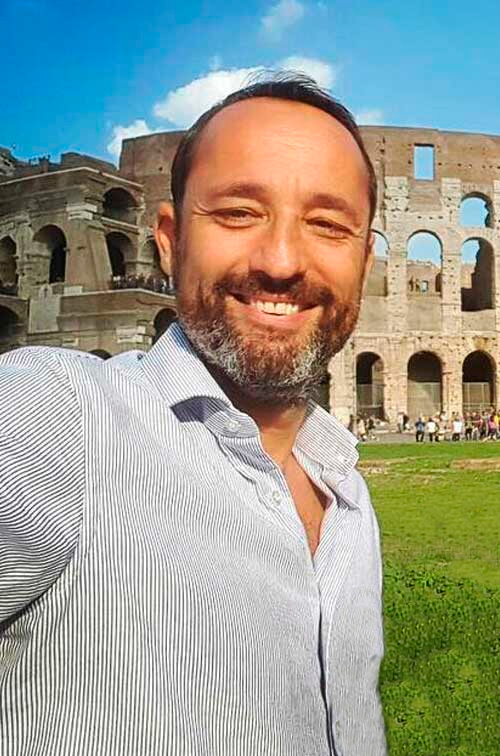 I was born in São Paulo and moved to Rio when I was 4. I don’t claim one city over the other. I love them both. But I ended up moving to the U.S.

Fate has led me to 74 different countries, for both work and pleasure, yet nearly all unforgettable.

While I was still in school, I got an internship at Rede Globo (by application, not contacts!, haha). I spent 14 incredible years with that company, which was and will always be my school and my home. I was a reporter, editor and editor-in-chief. I led Globo Esporte, or Esporte Espetacular, covering a number of national and international stories.

On day, in 2002, I decided to leave and try my hand at something new, Maria TV. And here I am, still having fun and still anxious to discover and tell stories, talk about people, places and emotions.

I created and directed more than ten series for Brazilian TV, I produced and presented Expresso da Bola for 9 years on Sporty - where I also participated in roundtable discussions and coverage around the world. I was a documentary journalist for the Brazilian soccer team for 6 years, and I had the privilege of participating in delegations with Ronaldo, Ronaldinho, Rivaldo, Cafu, Roberto Carlos, Adriano, Kaká... You get the idea.

That is where I began my passion for internet and social media content. In 2014, I was invited to be the Vice-President of Content for Orlando City SC, in American MLS. I led transmissions of the soccer club’s games, and learned a lot about the U.S. market and business environment. My team received the prize for the Best Digital Campaign of the Year. And that wasn’t in my neck of the woods, no…It was in the United States! I directed a documentary produced by the soccer club, which was selected to open the Orlando Film Festival. I was thrilled.

But my passion for Maria TV, for creating series, telling stories, traveling and seeing the world was event greater. It always was. And now I’m back and fully dedicated to the production company.

I have a daughter and two sons. I am very happy with what I do, and I want to share my happiness and passion with you. 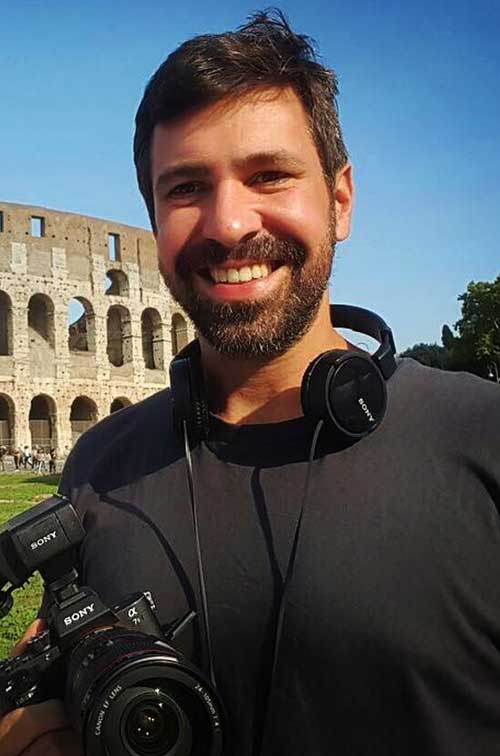 I was born in Porto Alegre, but when I was just 10, my parents, siblings and I packed up everything and moved to Rio de Janeiro. It’s been a long time since then, but I still drink mate like I used to back in Porto Alegre.

When I was 15, I took my first international trip and bought by first video camera. I never imagined at that time the impact that would have on my life.

Traveling and recording moments on video would become my biggest passions. In 2002, I studied Journalism at PUC-Rio. I got my diploma knowing how to produce, film, write and edit. But even before then, I was already working in the audiovisual market, traveling and producing TV shows. My visitor’s pass read “video journalist”.

I’ve always been passionate about the environment, and the beauty and forces of nature. That was also one for the reasons I was invited to join a rowing expedition along Rio Negro, in the Amazon. An unforgettable journey which led to a series of three reports for Fantástico, on TV Globo.

Other invitations would soon follow, including the opportunity to film a motorcycle tour through the Middle East. I built up my courage, quit my full time job and embarked on an adventure. From that trip, the four-report series was aired by Esporte Espetacular, on TV Globo.

After that trip, I just never stopped. I have already traveled to over 50 countries, I know most of Brazil, and I’ve produced, filmed, edited and directed dozens of TV shows, documentaries, advertising and institutional videos.

Another of my personal achievements has been my participation in the coverage of the Paralympics in Athens (2004) and London (2012).

Right now, I have two beautiful children, and I am happy and proud to share with Décio Lopes the direction of three shows: Brasil Visto de Cima (Mais Globosat), Restaurantes Inesquecíveis (Mais Globosat) and Mapa do Pop (TNT).

See where Maria TV has already been: